Donut County is a story-based physics puzzle game where you play as an ever-growing hole in the ground. Meet cute characters, steal their trash, and throw them in a hole. 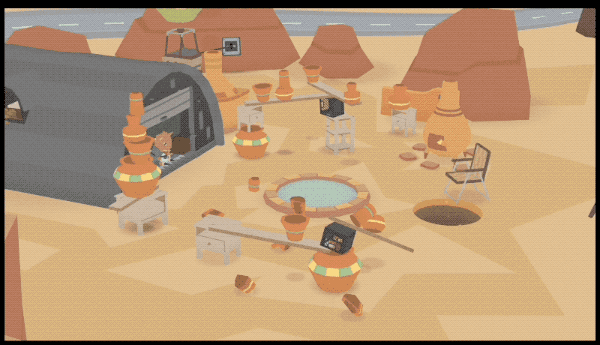 Where Trash is Treasure
Raccoons have taken over Donut County with remote-controlled trash-stealing holes. You play as BK, a hole-driving raccoon who swallows up his friends and their homes to earn idiotic prizes.
When BK falls into one of his own holes, he’s confronted by his best friend Mira and the residents of Donut County, who are all stuck 999 feet underground… and they demand answers! 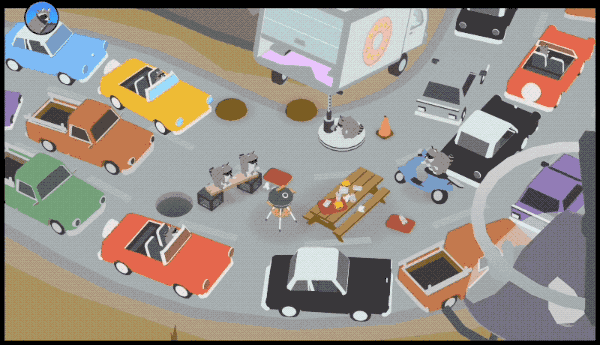 The Hole Keeps Growing
• EXPLORE every character’s home, each with their own unique environment.
• MOVE the hole to swallow up their stuff, growing bigger each time.
• COMBINE objects inside for crazy effects: cook soup, breed bunnies, launch fireworks, and more.
• CATAPULT things back out of the hole. You can use it to solve puzzles…or just destroy stuff.
• DEVOUR everything. The hole won’t stop until the whole county is all gone. 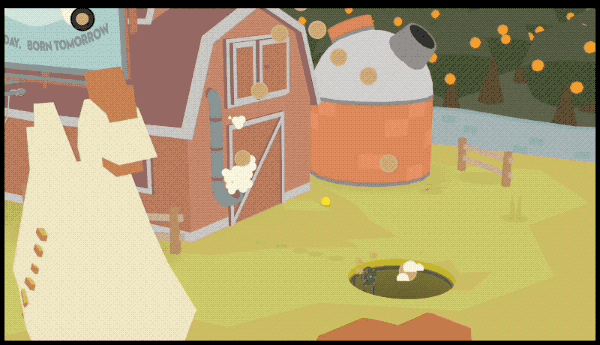 Donut County was created by Ben Esposito, designer on What Remains of Edith Finch and The Unfinished Swan. It is the result of six years of solo development, dozens of donuts (for research), and one fateful encounter with a raccoon.

1. Download 7-Zip or WinRar and install it.
2. Download the game.
3. Extract the game to your preferred location.
4. Wait for the extraction to end.
5. No need to install the game, just start with the LAUNCHER of the game as administrator.